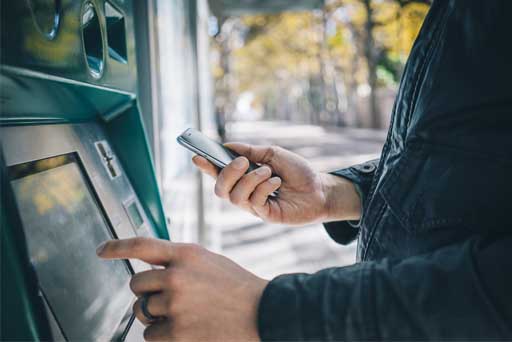 A lack of access to cash is a real problem for a lot of smaller companies. So, with more than 250 free-to-use cash machines being closed down in the first half of this year, there are concerns that small businesses will suffer as a result.

The number of ATMs fell by 1,300 to 53,200 between the end of January and the start of July, according to a report from cash machine network LINK.

The 2% fall in free-to-use cash machines comes as a result of a decrease in the demand for cash, with many consumers turning to alternative methods of payment such as contactless.

The number of cash machines that charge a fee also fell by 1,500 in the first half of the year, demonstrating an 11% drop.

Could this affect businesses?

The Federation of Small Businesses has expressed concerns that the closure of these machines could impact small business owners in remote areas. In March, a campaign (Save Our Cashpoints) was launched by the FSB in collaboration with Which? to encourage the Payment Systems Regulator to put an end to LINK’s closures.

National chairman, Mike Cherry, called on the watchdog to act fast to prevent small businesses and high streets from being impacted.

“Access to cash for small firms is vital, particularly to those in rural or hard-to-reach areas, but these figures highlight that more and more of these firms are losing that crucial access.

“LINK assured cashpoint users that closures wouldn’t take place in areas where the next nearest free-to-use ATM is more than 1km away, but 76 of these have closed in the first half of 2018.

“Coupled with the continued stream of bank branch closures throughout the country, all too often it is small businesses who are being hurt the most by these changes.”

LINK has cited a commitment to maintaining broad geographical coverage of its network to guarantee that those who rely on cash machines the most still have access to them.

At the start of the year the network announced that it would increase the subsidy paid to operators from 10p to 30p as an incentive to ensure cash machines in quieter areas are kept open.

Understanding the difference between cash flow and profit

Previous Impact of No Deal Brexit on Insolvency

Next Brexit customs delays likely to cause serious problems