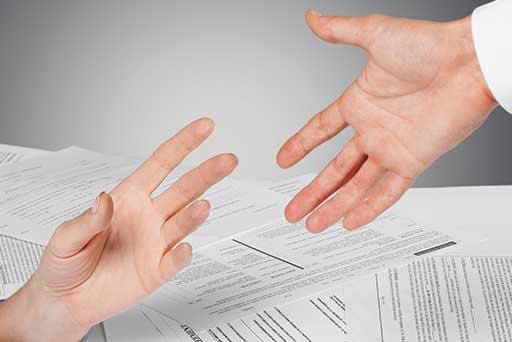 Winding up a business should never be seen as an easy option, and ought to be considered only if there’s no longer a way to successfully restructure.

However, if your business becomes insolvent and can’t be rescued, the two main types of liquidation available are Creditors’ Voluntary Liquidation (CVL) and Compulsory Liquidation/Winding Up.

While neither option is cause for celebration, CVLs do offer a number of advantages over a winding up petition. Let’s look at some of the main reasons why…

As the name suggests, compulsory liquidation orders are forced upon a company’s directors, often by frustrated creditors who’ve grown tired of waiting for the directors to act appropriately. Opting for a CVL before this allows the company’s directors to choose the timing of their announcement to suit them best. Being prepared and knowing what to expect prior to the decision to liquidate will leave you far more in control of events and help to minimize the inevitable stress of the procedure.

Under the rules of CVLs, directors can nominate the Insolvency Practitioner (IP) they’d like to act for them as Liquidator. This is very different to winding up, where the government appoints an Official Receiver (OR) to take control of the liquidation process. As a licensed individual, the chosen IP can work together with the directors to make liquidation as easy and painless as possible. However, both parties must act with total transparency and in strict accordance with the law.

Once a company is put into CVL after an initial shareholders’ meeting, a further meeting with all registered creditors must be arranged within 14 days. Although liquidation usually results in very little return for both shareholders and creditors, being proactive and upfront with creditors will help to satisfy them and show you are being responsible.

While typical administration costs for CVLs can run into thousands of pounds, the court fees associated with compulsory liquidation can be far higher. These fees may be borne by hostile creditors in an attempt to seek financial redress, and they’re far more likely to make accusations of “wrongful trading” against directors in such a scenario. While both ORs and IPs are legally obliged to investigate a company’s history for evidence of wrongful trading, it’s better to minimize the risks of any such accusation by creditors or other interested parties.

Following CVL and compliance under the Insolvency Act, there are many options for company directors to re-start trading under a different name. It’s also possible for directors to buy back their former assets, provided these are independently valued by a third party. Re-starting a business after compulsory liquidation is much harder.

If liquidation becomes the only viable option for your company, CVLs should provide comparative peace of mind when weighed against a compulsory liquidation, and can be put in place in 2-3 weeks.

What are the advantages of Creditors’ Voluntary Liquidation?

Why do I need to go through the process of a Creditors Voluntary Liquidation?

How much should you pay for a Creditors’ Voluntary Liquidation?

How can I minimise personal risk in a Creditors’ Voluntary Liquidation?

Previous Unlawful Dividends – a note of caution for Accountants

Next Accountants: Why have MVLs become so popular?