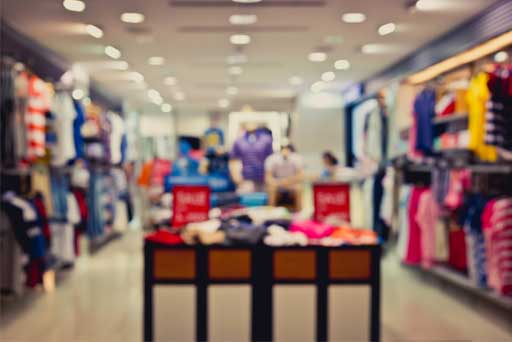 The UK high street has suffered greatly in 2018, with many well-known high street chains being forced to close hundreds of stores. Retail workers have been hit hard due to the closures, with research showing that around 50,000 lost their jobs in the first six months of the year.

Both Toys R Us and Maplin shockingly collapsed on the same day in February, as the two retail giants plunged into administration. The same period saw other big names fall, including Bargain Booze to Poundland.

Then more recently, although House of Fraser received a last minute buyout from Sports Direct store closures and job losses are still predicted to happen.

What has lead to these job losses?

Sharp drops in consumer confidence and spending, Brexit-fuelled inflation and soaring business rates have all been flagged as having contributed to store closures and job losses.

In response to the recent figures, union group TUC has called on the government to take more action – with Frances O’Grady, the union’s general secretary, quoted stating the government “…needs to up its game, boost the economy and invest in great jobs that people can live on.”

Increased business rates have also been seen as a major contributory factor to many retail insolvencies, along with the national living wage and apprenticeship levy, which have increased the operating costs for many retailers.

Retail is not the only sector having problems at the moment. Job losses are also expected elsewhere, including:

Many retailers are entering into a process called a Company Voluntary Arrangement (CVA), in order to regain control of their business, take care of the business debts and secure the future of their business.

For other retailer owners, the best option is a Creditors’ Voluntary Liquidation (CVL) – whereby the company is formally closed down (i.e. liquidated), with the directors’ legal obligations being fulfilled. This means they can move on, with a fresh new start.

For your free, expert advice on what you should do now, contact Clarke Bell Licensed Insolvency Practitioners.

Previous House of Fraser Has a Buyer

Next Weather Affecting Business? Here’s What You Can Do