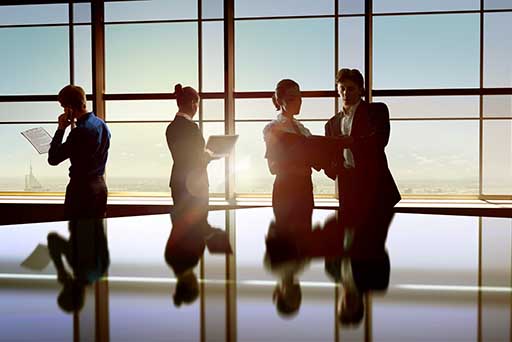 A two-partner firm of Accountants was experiencing severe cashflow problems primarily arising from a temporary absence from work by one the partners due to ill-health.

Before speaking to Clarke Bell, the partners had attempted to get support from their main creditor, HM Revenue and Customs. This had proved unsuccessful however, and the company was being asked to pay a substantial contribution towards its outstanding liabilities. Had they made these contributions the effect on their cashflow would have meant that future trading would have been unviable for their company.

However, as a result of not agreeing to make the payments, they were advised that the creditor would start recovery proceedings against them.

While all this was going on, the company was also suffering cashflow problems due to the slow payment of many of its debtors. (A familiar story for many businesses.)

The company had insufficient funds to enable it to make a profitable return in the short term and the partners knew the company couldn’t pay its debts. So, they called Clarke Bell for advice regarding what they could do to enable them to continue trading their business.

Clarke Bell undertook a review of the firm’s situation, including:

We needed to assess whether an immediate sale of the company would be the best outcome for the general body of creditors. This involved assessing additional information, including:

No known party expressed an interest in purchasing the business. It was considered that marketing the business as a going concern would be pointless because of the specialised nature of trade and, particularly, the imminent recovery proceedings.

A Creditors Voluntary Liquidation (“CVL”) was considered. However, this was not the best option because:

A Company Voluntary Arrangement (“CVA”) was also considered. However, this option was also rejected because there was insufficient cashflow to assist on-going trade.

It was determined that the best option was for the company to go into Administration.

A purchaser was found – being a company with similar directorships and shareholdings. They purchased the fixed assets, intellectual property, stock, customer contracts, supplier contracts and the goodwill.

The sale was recommended by an independent agent because it would result in a higher amount to the estate. From the purchasing company’s point of view, the goodwill element of the business was of particular interest to them.

This solution meant there was a transfer of employment contracts – so the jobs of all six employees were protected. Since the key management was to remain in place, the company’s Work In Progress (which relied upon that management), could be finalized and thereby make trading viable in the long term.

The Administration was accepted by the company’s creditors, as they could see that this was the best option in terms of the dividends they would receive.

The company is now successfully trading in its new guise, with the partners, staff and the company’s loyal client-base all delighted with the outcome.

“This is a perfect example of how successful an Administration can be when a company gets into this kind of predicament.

Having taken this approach the business, its staff, clients and creditors are all in a stronger position.”

Time to review your firm’s cashflow?

Hitting the VAT threshold can lead to cashflow problems

Is your restaurant having cashflow problems?

Previous Can You Still Be A Director After Liquidation?

Next Relief after the Budget