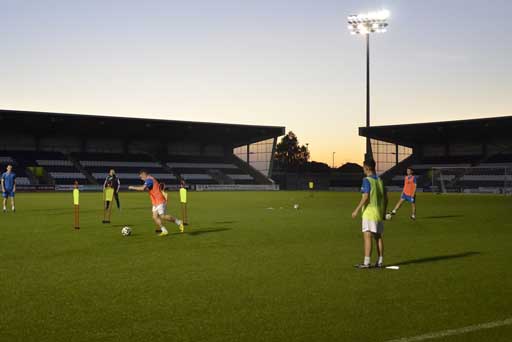 In addition to the numerous insolvencies in sectors like retail and restaurant owners, a lot of professional football clubs are also suffering serious cashflow problems.

On the edge of administration

Aston Villa was the latest club on the verge of entering administration, after it narrowly avoided financial disaster by reaching an agreement with HMRC over a £4.2m tax bill.

Villa’s chairman managed to secure a £6 million loan after suffering from short-term cashflow problems and, even though the club has moved away from the immediate prospect of administration, it remains in a very difficult financial position.

Clubs and their cashflow problems

Football clubs with cashflow problems is nothing new. Over the years many clubs have had serious financial problems – including Charlton Athletic, Portsmouth and Rangers. In some cases, a club has had to deal with the threat of insolvency on multiple occasions. However, most football clubs do recover, making football a bit different from other industries.

Cashflow problems occur for football clubs for a number of reasons, including:

How do things stand for the future?

It was reported last year that clubs continue to hurtle towards insolvency thanks to this culture of chronic over-spending. Clubs lost an average of £2 billion over the course of eight years, according to financial analysts, Vysyble.

Concerns have consistently been raised over the financial sustainability of the current football model, especially as transfer fees for players keep increasing. There may also be problems for the broadcasters of football, as the costs to cover the key games remain very high.

If a football club were to go bust, there would be a considerable knock-on effect for a number of companies in the club’s vicinity – including shops, pubs and restaurants. (It is interesting to note that in an insolvency of a football club, the players get paid before any unsecured creditors – i.e. HMRC and suppliers.)

Whatever sector your company is in, if it experiencing cashflow problems Clarke Bell can help you.

Previous When dissolving a company is not the best option…

Next Debenhams Look For Turnaround Options