Are IVAs Taking over from Debt Management Plans? 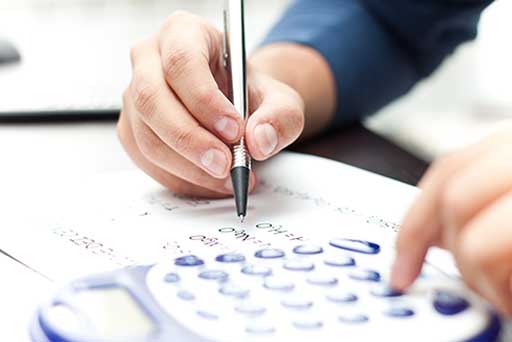 Individual Voluntary Arrangements (IVAs) continue to be the most used form of personal insolvency procedure, according to the government’s latest insolvency statistics. While personal bankruptcies fell by 16% between April and June compared to the same period last year, IVAs rose by 20% in the same period. IVAs have accounted for more than half of all personal insolvency procedures for the last four quarters and have been the most used procedure since 2011.

The Rise of IVAs

While personal insolvencies as a whole rose this quarter, the general trend is down with a decline in both bankruptcies and Debt Relief Orders (DROs). So why is the number of IVAs continuing to rise? Part of the reason is that IVAs have become increasingly easy to access. As a result, more people are using them to clear off smaller debts than previously. Another factor in the rise of IVAs, paradoxically, may be due to improvements in the economy. With employment high and wages increasing, many debt-saddled individuals are more confident about restructuring their debts with the aim of resolving them altogether.

A Debt Management Plan (DMP) is an informal arrangement agreed with your creditors. Typically, you’ll pay back as much as you can afford monthly and ask them to freeze the interest. DMPs can work well as a short-term stop-gap if you expect your financial situation to improve in the near future. You can also use them as a long-term debt settlement plan but this is more problematic. For example, not all creditors may agree to a long-term interest freeze and some may still threaten court action. DMPs are also recorded as a default on your credit file.

Unlike DMPs, IVAs are legal and binding arrangements to clear off unsecured consumer debt. Repayment plans are usually over a 5-year period and require agreement from 75% of your creditors. Under an IVA, you’ll pay back an agreed amount that you can afford each month, determined according to strict criteria. During that time, interest is frozen and creditors will leave you alone. Best of all, your debts will be fully wiped out after 5 years.

IVAs are particularly suitable for those with a high level of consumer debt but with assets – such as a house – that need to be protected, ruling out bankruptcy as an option. To qualify, you generally need a stable and secure income, a reasonably high level of debt – around £15,000, according to the government-run Money Advice Service – and the ability to make minimum monthly repayments of around £200.

Are IVAs Always the Best Solution?

While IVAs may be a good alternative to bankruptcy, you’ll need to ensure you can continue to make the required repayments over a 5-year period. With interest rates expected to rise steadily over the next couple of years, those weighing up an IVA will certainly need to consider how an increase in mortgage repayments will affect their ability to make IVA payments. If you owe less than £15,000, don’t own a house and have little or no spare income left after all reasonable expenses have been paid, you should consider a Debt Relief Order (DRO) instead. A DRO will allow you to wipe out your debt in 12 months with no repayments required. However, many people will not qualify under the strict criteria.

IVAs are fairly straightforward to set up and can be a good solution for those with higher earnings, higher debts and assets to protect. While none of your debt will be wiped out under a long-term DMP, you’ll be able to reduce what you owe significantly under an IVA and your debt will be fully cleared in 5 years. With IVAs accounting for half of all personal insolvency procedures, they’re an increasingly popular choice for those looking to get out of a serious financial hole.

However, before deciding, it’s important to understand all the debt relief options available. That way, you’ll be sure to choose the most suitable plan for your own personal circumstances.

Read more on this story here.

Been in a Debt Management Plan for Over 6 Months? If So, Read On…

Is a Debt Management Plan Right for Me?

Are you in a Debt Management Plan?