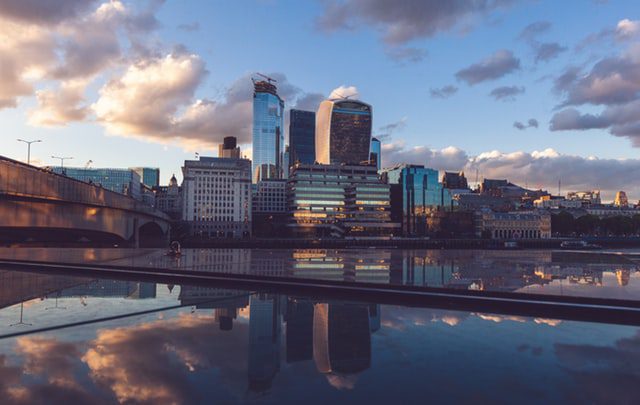 The 2020 Budget has been delivered by Chancellor Rishi Sunak, and we’re taking a quick look at some of the key announcements that will affect SMEs across the UK.

Naturally, a lot of the announcements were heavily focused on the growing coronavirus crisis, with some updates relating to SMEs and the spread of the virus directly.

The Federation of Small Businesses (FSB) also called for an immediate statutory sick pay rebate, to help small businesses struggling with the cost of self-isolating employees. Along with interest-free loans for cash-flow suffering businesses and a temporary cut in VAT due to the reduced consumer demand.

A reform of Entrepreneurs’ Relief confirmed

It looked as though Entrepreneurs’ Relief, which allows business owners to pay a reduced 10% capital gains tax, would be scrapped altogether in the lead up to the Budget. Especially given the criticisms raised by The Institute for Fiscal Studies, who concluded that the tax break doesn’t help to boost investment in the UK economy.

However, the Chancellor announced that the relief will in fact be retained. Crucially though, the lifetime allowance for the relief will be reduced from £10m to £1m. With the government seemingly attempting a middle ground solution that will raise funds while still encouraging business investment.

“This change isn’t going to affect most of the contractors we deal with in our Members’ Voluntary Liquidation service, as the vast majority have reserves below the £1 million limit.

However, I do think the measure is unfair for an entrepreneur who has built up reserves of over £1 million, to find out that their ER lifetime allowance has immediately been limited to £1 million.

I believe that a fairer approach would have been to say that this new lifetime allowance is eligible for a company that starts trading from the date the new measure comes into place – i.e. 11 March 2020.”

It was announced that small businesses will be granted a Statutory Sick Pay (SSP) refund in order to help businesses whose employees are having to self-isolate due to the virus.

This refund is being granted to any business that has less than two hundred and fifty employees, and it’ll be paid for up to 14 days.

Business rates to be abolished for one year

The Chancellor made it clear that business rates will be abolished for 12 months for SMEs who have a rateable value under £51k, along with any businesses in the leisure and hospitality sectors.

This measure is sure to make a significant difference to thousands of SMEs who are struggling with business rates across the UK. Firms including shops, cinemas, restaurants and music venues will likely feel the benefit, and pubs will also receive a £5,000 discount on business rates for 2020 only. The Chancellor confirmed that the full review on business rates will be delayed until the Autumn budget.

The Living Wage to be increased

Another measure that was announced is likely to increase costs for some small to medium businesses, as it was confirmed that the National Living Wage (the new name for the national minimum wage) will be increased.

Introduced in 2014, the employment allowance was initially set up in order to cut the National Insurance bills for small businesses, and was set at £2,000. In April 2016, the value of the relief was increased to £3,000 and companies with a single director were excluded.

Now, following the 2020 Budget, it’s been announced that the relief will increase this April, by a third, to £4,000. This will likely result in a significant tax cut for nearly half a million small businesses, according to the Chancellor.

Businesses struggling as a result of the ongoing coronavirus crisis will likely be relieved following the announcement of a business interruption loan scheme.

The government has pledged to support banks who offer ‘generous loans’ that cover up to 80% of losses with no fees, for businesses that are going through cash-flow problems due to the virus pandemic.

IR35 changes will go ahead

The 2020 Budget has also confirmed that the complicated and controversial IR35 private sector reforms are still going ahead. This comes in spite of the growing fears from all the self-employed workers it has affected, as well as contractors who operate through limited companies.

IR35 wasn’t actually mentioned during the Budget speech, however the full document does state that the reforms will still be going ahead on April 6th 2020.

Clarke Bell can help you whether you’re a contractor who no longer needs your limited company due to IR35, or a director whose company is having cashflow problems.

Budget 2021: What Does It Mean For Businesses?

Previous Is an MVL The Best Option if I’m Looking to go Permanent?

Next Can a TTP Arrangement Help Your Business During This Difficult Time?