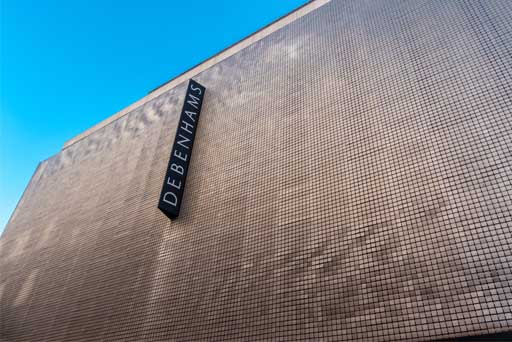 2018 has seen the high street suffer, with a lot of reputable chains being forced to close down. Debenhams is the latest brand to struggle, as it’s been reported executives are calling in advisors from KPMG to help them turn the business around. Since January 2018, Debenhams has issued three profit warnings, losing two-thirds of its share price.

What is being said?

During a trade meeting on Monday 10th September, Debenhams chairman, Sir Ian Cheshire, was forced to rush out of the meeting to stop people “gossiping” about the business’ future. “We’re not insolvent. The only analogy I can have to it is like having a bunch of nosy neighbours watching your house.”

Sir Ian Cheshire confirmed that Debenhams is looking into every available option, but he refuted the claims that it was settling on a Company Voluntary Arrangement (CVA). He said it was “…simply not true. If it’s the right thing for the company and our broader stakeholders then obviously that’s an option, but the implication was we were about to do it and that…trading had somehow collapsed.”

Richard Lim of Retail Economics described the multinational retailer’s crisis. “The fact KPMG have been brought in does not surprise me. Debenhams will be wanting to look at all the options open to them. The harsh reality is that they are operating in one of the most challenging parts of retailing at the moment.”

“Consumers are increasingly shopping online, and they are also spending more on things like holidays and the experience economy. The other part of the pincer movement Debenhams is facing, is that they are being squeezed on costs, with things like increasing rents and business rates, and rising wage and utilities bills. It all means that department stores are incredibly expensive to operate.”

BBC business correspondent Emma Simpson echoed the mounting financial pressures: “Debenhams is under pressure. The big question is whether it can deliver its turnaround plan quickly enough to adapt to the big structural changes in retail as well as a host of cost pressures. The retailer is caught between the need to bolster its finances, but at the same time invest and revamp its stores.”

What are the options for Debenhams?

With shares having dropped by 17%, officials are looking into a variety of revitalisation choices. One of the most prominent is a CVA, which would allow Debenhams to continue trading while paying off debts. CVAs have been utilised by various retailers, such as New Look and Mothercare.

Another option is the renegotiation of leases on stores that are up for renewal. The firm is looking into selling off its Danish arm, Magasin du Nord. Currently, Debenhams have identified 30 stores that could be resized, but landlords would have to give their permission for the restructuring to happen.

In an effort to cut costs, Debenhams announced it would axe 80 to 90 jobs at its headquarters. This followed on from a February announcement that it was planning to cut 320 store management jobs. With accelerated cost-cutting methods, officials are hoping more solutions will become available.

Would a CVA be beneficial?

A CVA could help Debenhams save money, but it’s not a quick fix solution. There’s no guarantee that it would help them recoup their losses. Some companies have opted for a CVA, only to go into liquidation at a later stage because of continued financial difficulties.

If you’re considering a CVA, then we can help you. Our Insolvency Practitioners will provide (free) advice on what is your best course of action for dealing with a business which has cashflow problems.

My bridal shop is struggling

Next Thousands Of UK Pubs Closing Despite Record-Breaking Summer