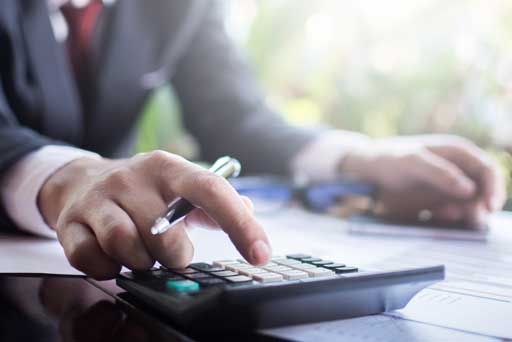 The difference between tax avoidance and evasion

The terms tax avoidance and tax evasion are often used interchangeably. However, they are not the same thing. Tax avoidance is a legal way of reducing your tax liabilities. For example, through tax deductions, changing the business structure through incorporation or setting up an offshore company in a tax haven.

Tax evasion on the other hand is illegal. Examples of tax evasion tactics include misrepresenting assets and earnings to tax authorities or attempting to hide the state of your affairs.

So the difference is legality. Tax avoidance is legal, whilst tax evasion is not.

The confusion over tax avoidance and tax evasion schemes

There is some confusion over the different schemes that companies can enter into as HMRC is cracking down on the amount of tax that companies pay.  A high profile example of this is HMRC’s Supreme Court win against Scottish football club Rangers FC.

Rangers FC used Employee Benefit Trusts (EBTs) to pay staff members and players. More than £47m was paid in tax-free loans, before HMRC argued that these were in fact not loans, but taxable income.

Many companies enter into legal tax avoidance schemes in good faith. However, a number of these schemes have fallen foul of changes in legislation including retrospective legislation allowing HMRC to claim tax under the anti-avoidance legislation. When this happens, companies are told they must pay the money back within a set period. This is what is known as an Accelerated Payment Notice (APN).

An Accelerated Payment Notice (APN) is issued by HMRC to those that have been involved in tax avoidance schemes that are disclosed under the Disclosure of Tax Avoidance Schemes (DOTAS) rules or counter-acted under the General Anti Abuse Rule (GAAR).

The APN will outline the amount of income tax or NICs owed and that it must be paid within 90 days.

HMRC also issues APNs to individuals and companies that have received a Follower Notice in relation to a tax avoidance scheme. Follower Notices are issued to those who have used the same or similar schemes where HMRC have already obtained a decision in their favour.

What are the options when you receive an APN?

You have a few options once you’ve received an APN. You must pay the outstanding amount shown on the notice by the deadline outlined (90 days). Failure to do so will result in late payment penalties, surcharges or even enforcement action by HMRC.

You can also “make representation” which is basically an official complaint to HMRC. You can only do this if you feel strongly that the conditions for issuing the notice are incorrect. Similarly, if you think the amount shown is incorrect and can be disputed, you can challenge it. This will mean the 90-day period can be extended. To “make representation” you need to submit your counterclaim in writing and HMRC must receive it within the 90-day notice period.

Many businesses have the assets to pay what they owe, but they are tied up in investments, so the money can’t be quickly accessed.

HMRC can agree to Time to Pay Arrangements giving the company the opportunity to pay the tax owed over a set period of time by instalments.

A Company Voluntary Arrangement (CVA) could also be considered depending upon other circumstances as a solution to pay back the money owed.

A CVA is essentially a procedure which enables you to put a formal proposal to HMRC and other unsecured creditors for a composition in satisfaction of the debts owed.

If the company has no ability to repay the sum claimed by HMRC, the directors should be considering whether it is appropriate to place the company into Creditors’ Voluntary Liquidation (CVL).

Where the company utilised EBT’s then there can also be issues arising for key staff who benefitted in terms of their personal tax position.

If your company has unknowingly entered into a tax evasion scheme, or you have received an APN, get in touch with us at Clarke Bell on 0161 907 4044 or [email protected]

We can offer you (free) professional advice on what steps you should take to get the best outcome for both your company and HMRC.

What to do if you have received an Accelerated Payment Notice (APN)?

Previous How to remove a CCJ from a company

Next Will Your Business Be Affected By The 2018 Spring Statement?