House of Fraser Has a Buyer 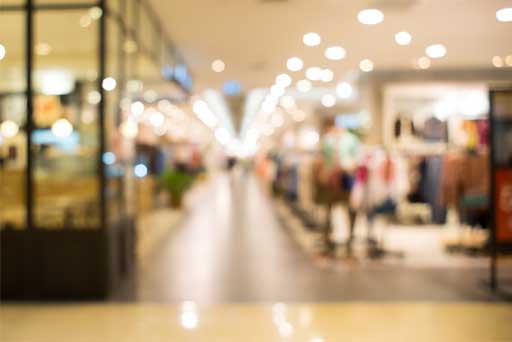 The department store’s crisis talks with creditors failed to reach any agreement on Friday and, as a result, the retailer declared that it had given up the fight to stay afloat and entered into administration.

House of Fraser rescue talks had apparently not resulted in a solvent solution, and the retailer had previously agreed to a Company Voluntary Arrangement (CVA), which would have lead to the closure of 31 out of 59 of the retailer’s stores, putting thousands of jobs at risk.

However, it’s been reported that Mike Ashley’s Sports Direct has now agreed to purchase the chain for £90m.

A race to secure significant funding

The retailer, which employs around 17,500 people, was facing an uncertain future after a deal to secure funding fell through. Chinese firm (C.banner) walked away from a planned rescue bid, leaving the struggling department store chain in crisis.

The Sports Direct retail group has now fully acquired the House of Fraser brand, along with all of its UK stores and stocks. It’s a last minute rescue bid that should preserve a lot of jobs, and ensure continuity of the business with a more stable financial platform.

Some have speculated that Mike Ashley might be planning to rebrand at least some of the House of Fraser stores over to Sports Direct.

What problems had House of Fraser faced?

The UK’s high street has suffered severely with numerous closures and job losses this year. House of Fraser is simply the latest casualty, having faced the same ongoing problems that have plagued other retailers.

Online retailers have hit traditional bricks-and-mortar retailers hard. House of Fraser unfortunately failed to embrace internet trading early on and struggled to quickly establish its own online offering. A £25m upgrade to its online platform came last year, but this investment paled in comparison to the likes of John Lewis’s £500m e-commerce investment.

Years of acquiring stores with expensive legacy lease arrangements has been seen as another contributing factor to House of Fraser’s woes. The lack of a USP (Unique Selling Proposition) was also an issue faced by the retailer. It failed to capitalise on a distinctive identity, with its brand seemingly taking a backseat in its own stores, as many of its goods were from over 600 third-party concession owners.

These problems, combined with a number of takeovers, fears of takeovers and a number of management changes, all lead to turbulent uncertainty and the retailer to the brink of administration.

Clarke Bell has more than 28 years of experience helping retailers who have fallen into insolvency, with many choosing to enter into a Creditors’ Voluntary Liquidation (CVL). This enables them to take care of business debts, deal with any legal obligations and make a fresh start for the future.

A CVL is not necessarily the best option for everyone, so our expert Insolvency Practitioners will help you find the solution that’s best for you.

Toys R Us And Maplin To Close Down

Previous What to do if you have received an Accelerated Payment Notice (APN)?