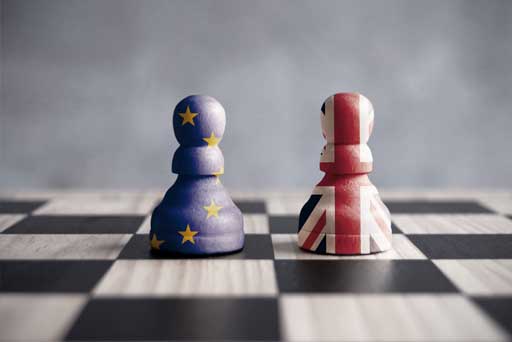 Many businesses are yet to implement a contingency plan in response to Brexit, with thousands of business owners believing that Britain’s exit from the EU will have little to no impact, according to research from ICAEW.

The institute is warning that companies would be wise to prepare for a “no deal” Brexit.

ICAEW’s chief executive, Michael Izza, has urged companies large and small to consider the impact a “no deal” Brexit could have on their business.

He said: “With less than a year until Britain leaves the EU, the prospect of an agreement in time is looking increasingly unlikely.

“Even with the transition period until the end of 2020, too much still needs to be determined on how UK businesses and professional services will work both with and in Europe.”

The institute’s research also found that three quarters of businesses don’t believe EU regulations are a major burden to their growth, with 80% vowing to continue complying with EU standards even after Britain’s departure from the union.

Chancellor Philip Hammond recently reiterated that reaching a Brexit deal on financial services was his “most immediate priority”.

How will a “no deal” Brexit affect businesses in the UK?

It’s impossible to say for sure how a “no deal” Brexit will affect UK businesses because no one has ever left the EU before. The government says there will be no “immediate change” to business trading. However, the first batch of preparation documents suggest that UK companies exporting and importing to and from the EU will face more red tape. This could include customs declarations, tariffs and upfront VAT payments. Some companies may need export licences and it may be necessary to employ customs brokers.

Smaller firms may struggle more than larger ones due to increased costs and greater obstacles, but this certainly doesn’t mean large companies will be able to carry on as they have been.

Implementing a “no deal” Brexit strategy sooner rather than later may well be the key to minimising the impact.

Will businesses have to continue to follow EU regulations?

When Britain leaves the EU, businesses will still have to comply with a number of laws and regulations set by the union. Over time, it may be the case that existing rules are replaced with new ones, but businesses won’t have free reign to do as they please as soon as Britain has left the EU.

Will businesses be better off if a deal is made?

It’s hoped that Britain can make a deal with the EU so that the negative impact on businesses and individuals is kept to a minimum, but experts are advising businesses large and small to prepare for the possibility of a “no deal” exit regardless.

Previous Call For Entrepreneurs Tax Relief to be Scrapped

Next Government To Tighten Insolvency Laws