Is it ‘now or never’ for MVLs? 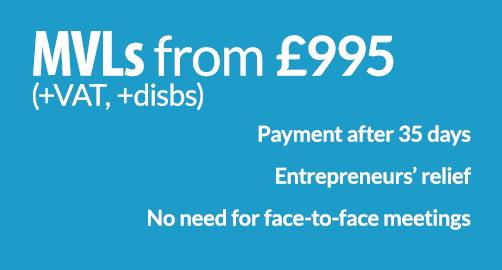 Is it ‘now or never’ for MVLs?

HM Revenue & Customs has issued a consultation document to address the government’s concerns that some people are arranging their affairs solely to take advantage of lower tax rates.

Members’ Voluntary Liquidations are under the spot-light

Related: Get a Free No Obligation MVL Quote

The consultation covers the government’s concerns over certain areas of tax planning, including:

• “Moneyboxing”, where the shareholders of a company retain profits in excess of the company’s commercial needs and so receive these profits as capital when the company is eventually liquidated;

• “Phoenixism”, where a company enters into a members’ voluntary liquidation and a new company is set up to replace the old and carry on the same, or substantially the same, activities. The shareholder here receives all of the value of the company in a capital form while the trade continues – albeit now in the new company – exactly as before; and

• “Special purpose companies”, where the operations of a business are capable of being divided among separate companies, each undertaking a particular project. As each project or contract comes to an end, the company is liquidated and the profits and gains of that project are realised in a capital rather than income form.

It goes on to say that the government will look to address these issues with a new Targeted Anti-Avoidance Rule which would treat a distribution from a winding-up as if it were an income distribution, where:

• An individual who is a shareholder in a close company receives from that company a distribution in respect of shares in a winding-up;

• Within a period of two years after the winding-up, the shareholder continues to be involved in a similar trade or activity; and

• The arrangements have a main purpose, or one of the main purposes, of obtaining a tax advantage.

The consultation will run until 3 February 2016, with the new draft legislation expected to be part of Finance Act 2016 and to apply from 6 April 2016.

If you have a client who would like to get the benefits from an MVL before there are any changes in the legislation, they should get the process started in the New Year.

Additional details about MVLs can be found here

See our latest Blog(s) on this issue:

Getting distributions in an MVL as quick as possible

Accountants could face tough fines for advising on tax avoidance

Next MVLs – Our response to the HMRC Company distributions: Consultation document