Is there a Recession on the way? 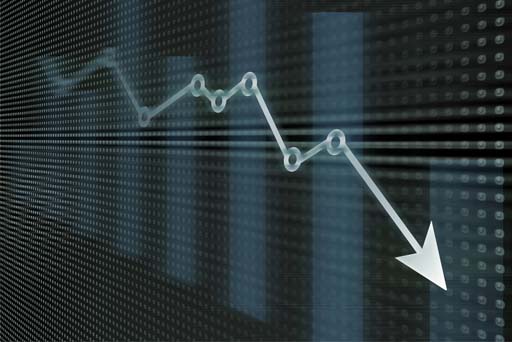 Yes. A Recession is on the way. The question, though, is when will it get here?

Recessions are part of life. They come and they go. When they are here many people and businesses suffer, some are unaffected and a few even manage to prosper.

The big issue for everyone (including highly paid economists and stock market experts) is that Recessions are very hard to predict in terms of their timing. In hindsight, of course, it is always easy to see that the signs were there. However, they are very hard to prepare for due to their uncertainty.

What is noticeable now is that things are starting to happen which suggest that the storm of Recession is brewing.

Experts are increasingly vocal on the matter of the base rate of interest rising sometime in the not too distant future. When they do go up, even by a small margin, the effect is likely to be considerable for a lot of households and businesses who have been relying on the low interest rates for many, many years now.

The uncertainty surrounding the whole Brexit issue continues to rumble on, with few people confident of a quick and positive outcome being achieved. This is having a negative impact for a lot of companies, employees and contractors waiting for projects to get started.

News items about people struggling to deal with their personal debt situation are back on the agenda. For several years these stories had gone away, but now they are starting to come back.

The high profile situation at Monarch Airlines is unsettling for the UK economy because the firm was one of the biggest and most well-known companies in its sector.

While the issues it faced were predominantly to do with tough competition within its sector and problems affecting some of its key holiday destinations. Nevertheless the impact of its closure is already having an effect on its staff, customers, suppliers and creditors (i.e. the people/companies it owed money to). It is likely that some of these parties will have cashflow problems as a result of the company’s insolvency.

Business Confidence is down

The latest UK Business Confidence Monitor report from the ICAEW (Institute of Chartered Accountants in England and Wales) shows that business confidence has returned to negative territory. This is likely to hold back growth and investment, both of which are desirable for a healthy economy.

A lot of company owners will now be seriously considering closing down their companies.

Clearly, most companies in the UK are much, much smaller than Monarch Airlines, but nevertheless their directors have the same legal duties.

If you are worried about your company’s cashflow situation, give Clarke Bell a call and we will advise you on the best option for you to take – this could be a CVL, a CVA or a Pre Pack Administration.

There are also directors of limited companies who will be deciding that now is an ideal time to retire and close down their successful (solvent) company. They will be looking to get out now, before things take a turn for the worse.

In this situation the directors will be looking for the most tax effective way to close their limited company down. The best way is often with an MVL.

Why would you voluntarily liquidate your own company?

Next My Company Has A CCJ, What Should I Do?