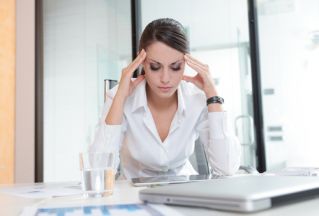 7 May 2015
Category Advice For Accountants

The introduction of Real Time Information (RTI) has had a considerable effect on businesses and their Accountants.

For a business with a healthy cashflow, RTI is unlikely to cause any major problems once the process is up and running.

The impact of RTI on businesses with cashflow problems

Where a company is having difficulties with its cashflow, their situation may well be made far worse.

Using Crown debt as a source of finance has been considered a reasonable business decision for some business owners who are under financial pressure – even though doing so could lead to a director’s disqualification in the event of Insolvency. In fact, it is one of the most common reasons for considering whether someone is unfit to be a director. Under the rules of the Company Director Disqualification Act 1986 a person can be disqualified for a period of between two and 15 years.

With the introduction of RTI, directors who take this risky approach will need to find alternative sources of funds.

Crucially, business owners in this position are going to need advice and support from their Accountant to make sure that any Crown debts are paid regularly and on time. If submissions or payments are late, companies will be penalised by HMRC.

From an Insolvency angle, the main advantages are:

Traditionally directors are voted a dividend at year end and this mops up drawings which have been taken monthly in the previous year.

However, this is not possible if the company is insolvent. Instead, frequently a salary equivalent to previous years’ dividend is voted through. This could lead to a S455 Income Tax charge being levied against the directors personally at 25%.

Now the situation is that monthly solvency tests will be required in difficult trading conditions and failure to do so could result in directors being asked to repay the full overdue loan account – as they should have transferred from a dividend remuneration basis to a monthly salary subject to PAYE / NIC.

This will catch a lot of directors out.

Overdrawn Director Loan Accounts in the Event of Insolvency

Closing a Company With an Overdrawn Directors Loan Account

Advice for Contractors Facing Financial Difficulties Due to IR35

Next Time to Liquidate