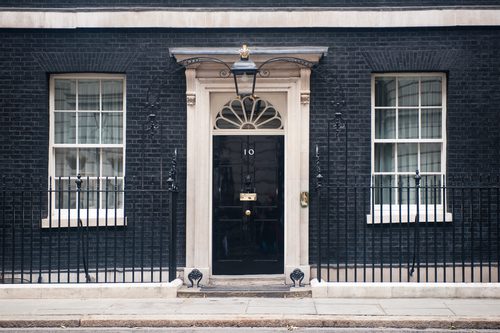 Despite the most recent Spring Statement promising to be a brief affair (and the Chancellor did keep his word on that) there were still some key points relating to small businesses.

Of course, with Britain heading closer to Brexit and the uncertainty surrounding that, this year’s Spring Statement may have been somewhat overshadowed. however, small businesses should still take note of the following:

The Federation of Small Businesses (FSB) has been campaigning for #FairPayFairPlay for some time now to tackle late payments – something that affects small businesses and their cash flow, and sometimes severely. Research has shown that SMEs are owed almost £25,000 in late payments on any given day and as many as four out of five firms have been paid late.

The Chancellor specifically mentioned support on this issue and announced that large companies will need an audit committee to report on payment practices when dealing with small businesses in their annual accounts.

The Apprenticeship Levy is something that puts a big burden on small businesses looking to take on an apprentice. However, the Chancellor has promised that £80 million will be made available to help start three million new apprenticeships by 2020.

Additionally, from 1st April employers will pay half the co-investment amounts they pay at the moment. This means the rate works out at 5% rather than 10%. This should ease the financial burden placed on small businesses when taking on apprentices.

Climate change is something on everyone’s lips and in his statement, the Chancellor talked about it in relation to small businesses. He pledged to help small businesses cut their carbon emissions and in turn, lower their energy bills.

After it was announced that the government were ‘Making Tax Digital’ it was feared that the changes could have a significant impact on smaller companies, due to concerns over “scarce resources.”

From the 1st April 2019, the Making Tax Digital (MTD) scheme will come into effect and businesses with a turnover above £85,000 will need to submit VAT returns online.

Uncertainties and confusion around Making Tax Digital are having a real effect on company owners. Resources are being spent on these ‘non-core’ activities which is having a knock-on effect on how they can run their companies, as well as on their suppliers and customers.

Some companies have experienced serious cash flow problems as a result. With little sign of any respite, for some of them the only option available has been to be close down their company with a Creditors’ Voluntary Liquidation (CVL).

A report from the Institute of Chartered Accountants in England and Wales (ICAEW), emphasised:

And now, it seems the government may have taken notice, confirming that there will be “a light touch approach to penalties in the first year of implementation,” and “where businesses are doing their best to comply, no filing or record keeping penalties will be issued.”

Speaking of tax, the Chancellor promised to crack down on international technology giants to ensure they are paying the tax they should. Doing so would help to level the playing field for smaller companies competing in the same space.

The Chancellor concluded his statement with another warning against the consequences of a possible no-deal Brexit, but a statement released alongside the Spring Statement said:

“The government stands ready to deliver its commitment in all circumstances to provide additional funding to the British Business Bank for venture and growth capital, as we leave the European Union and our relationship with the European Investment Fund changes.”

What Could the Autumn Statement Mean For Your Business?

Tax Returns Are Going Digital – Don’t Get Caught Out

Previous The Flybmi Failure: What Factors Are Affecting The Industry?