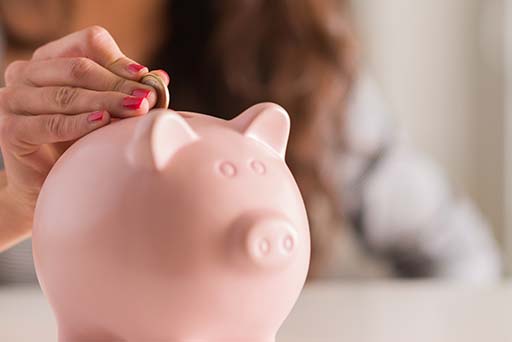 A sharp spike in the number of personal insolvencies has increased concerns over expected interest rate rises over the next 12 months. Government figures reveal that 27,029 individuals became insolvent between April and June this year, a jump of 8% in the last quarter and 5% higher than the same quarter last year.

The results were a surprise for those predicting a continuation of the steady fall in personal insolvencies seen over the last three years. The downward trend continued in Scotland – which has different laws – with personal insolvencies falling to their lowest level since 2005. The sharp rise in England and Wales is especially worrying if, as predicted, interest rates rise within the next 12 months.

Experts are predicting that the historic low interest rate of 0.5% could soon start rising incrementally and may reach 3% or more over the next few years. This could lead to a string of new insolvencies among homeowners and borrowers already overstretched on their mortgages and other lending. Even a modest increase could result in up to 1 in 4 homeowners struggling to make payments, according to the Resolution Foundation (a think-tank that works to improve the living standards of those in Britain on low-to-middle incomes). Those hoping to avoid the worst should start making contingency plans now.

The Role of IVAs

According to the Insolvency Service, the main reason for the spike was due to a 20% increase in the number of Individual Voluntary Arrangements (IVAs) during the same period. Part of the reason may be that IVAs have become easier than ever to access. This has resulted in people using them to write off relatively minor debts – not just £30K-plus but as little as £5,000. In addition, as the economy improves, people feel more able to tackle a five-year repayment plan. Therefore, the increase in personal insolvencies may indicate not a weakening of the overall economy but a strengthening of it.

This somewhat counter-intuitive idea is supported by the fact that business insolvencies continue to decline. Voluntary liquidations by companies fell 18% over the year, the lowest level since 2008. Meanwhile, companies going into administration fell by 35% to reach a nine-year low. Another reason why rising personal insolvencies may indicate an improving economy is that – with property prices rising – creditors are more likely to seek repayment of long-standing debts.

The increase in IVAs also means that individuals are seeking to restructure and resolve their debts rather than simply opting for bankruptcy. Personal bankruptcies actually fell by 15.9% compared to the same quarter last year. A rise in individuals aiming to pay back their bad debts instead of writing them off is another sign that people are feeling more confident about the future. High employment and rising wages means people feel more confident about holding onto better paying jobs that will allow them to restructure credit arrangements and settle past debts.

However, all that could change with a major rise in interest rates. For example, a 2% rise on a 25-year repayment mortgage of £200,000 would increase monthly payments by nearly £250. That could wipe out any extra money from wage increases being used to make payments under the terms of an IVA. In such circumstances, those on an already tight budget would have little choice but to cut spending even further – or face bankruptcy.

Are IVAs Taking over from Debt Management Plans?

Previous Why Do Businesses Use Cash Flow Forecasts?

Next When is the best time to do an MVL?