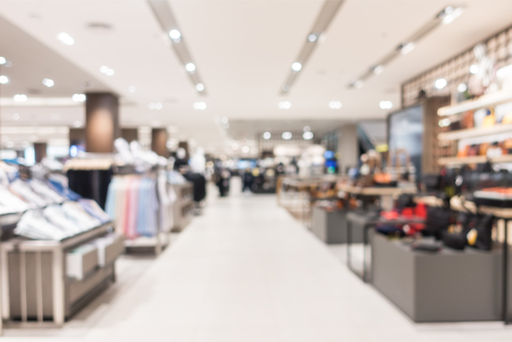 In January there were reports that the brick and mortar retail industry was struggling as shoppers were moving more and more online. Figures show that online sales now account for 18% of total sales compared with just 2% ten years ago.

The issue has been illustrated recently, as West Midlands fashion chain Store Twenty One enters liquidation. Last year the company closed 200 of its stores and the remaining 122 will now be closed, resulting in the loss of 900 jobs. It had been operating under a Company Voluntary Arrangement (CVA) since last year. However, after failing to secure additional investment, it was issued with a court order to wind up the company.

Store Twenty One has been operating since 1932 when it was initially formed out of a manufacturing business, supplying clothing to a number of West End stores – including Marks & Spencer. Post-war, its retail outlets became popular, stocking products that did not meet the rigorous quality controls of stores such a Marks & Spencer. However, the company has been struggling for years.

What is causing retail businesses to struggle?

As well as a move to on-line shopping rather than in-store buying, business rates continue to be one of the biggest hurdles for retailers to overcome. The retail sector accounts for a large proportion of the £25bn the Government will pick up in business rates this year alone. Business rates are set to change, with the retail sector alone facing a £2.3bn increase. Even those shops that were expecting a reduction will only see a small one. London retailers will be hit the hardest, as they’ll see an increase equivalent to a 6% rental increase. And online retailers win again, as they do not have the same level of property tax as bricks and mortar stores.

Other factors contributing to the retail sector’s struggles include the rise in the National Living Wage, which is now set at £7.50 for those over 25. With around 3m people employed in the retail sector, experts have assessed that this equates to an approximate 3% increase in the total wage bill for the retail sector.

Additionally, the prospect of Brexit has led to an unstable pound which has meant a flux in currency and changing foreign exchange rates. With a lot of retailers having suppliers overseas, it has meant an increase in costs which have to be made up somewhere; either by increasing the prices of their products and risking a consumer drop off, or taking it on the chin and seeing profit margins shrink.

Now, experts have warned that cases like Store Twenty One are just the tip of the iceberg, with experts like the British Retail Consortium estimating that there will be 8,073 fewer shops by 2020.

If you are the owner of a retail company which is having cashflow problems, Clarke Bell can help you to deal with your situation.

What are the options for dealing with company debts?

We deal with a lot of retailers who have serious cashflow problems.

Typically, the best option for them is for their limited company to enter a process called a Creditors’ Voluntary Liquidation (CVL).

When you appoint Clarke Bell Insolvency Practitioners the cost of the CVL is from just £2,995 (including VAT and the required disbursements).

A CVL is not necessarily the best option for everyone. So, contact us and we can discuss your situation and recommend the best solution for you.

Next Is It Illegal To Run An Insolvent Company?