The Flybmi Failure: What Factors Are Affecting The Industry? 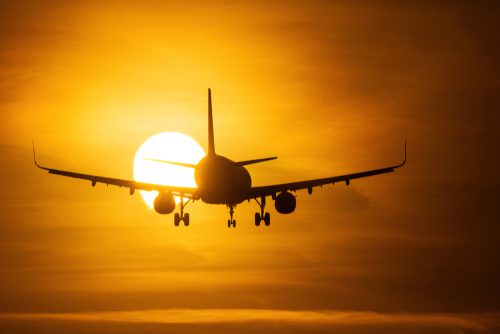 Yet another airline has become the latest casualty as the travel industry continues to feel the strain. Market turbulence has troubled the sector over the last couple of years, and even many UK travel agents are at risk of going out of business.

Now Flybmi, the struggling regional airline based at East Midlands airport that charged premium fares for niche routes, has announced that it had ceased operations and gone into administration. Leaving passengers stranded by their thousands and rendering many advance reservations worthless.

A spokesperson for Flybmi stated: “The airline has faced several difficulties, including recent spikes in fuel and carbon costs.”

“These issues have undermined efforts to move the airline into profit. Current trading and future prospects have also been seriously affected by the uncertainty created by the Brexit process, which has led to our inability to secure valuable flying contracts in Europe.”

Flybmi has followed several other European airlines who have succumbed to, or are struggling financially from the industry’s woes over the last 2 years. 2017 saw the collapse of British airline Monarch, which left almost 2,000 staff jobless. Earlier this month Germany’s holiday airline, Germania, announced that it has filed for insolvency and cancelled all flights.

But what are the main factors leading to these tough times for the industry?

There has been an exponential growth in new and cost-efficient aircraft operators and budget carriers in recent years, causing flights in Europe to rise by more than 40% compared to 10 years ago; at least according to the International Air Transport Association. This has brought with it squeezing margins as fares fall, leaving little room for financial manoeuvrability for many airlines.

Even with the expansion, the industry has continued to suffer from rising oil prices and economic slowdown. Flybmi was subject to falling passenger numbers for sometime, with many of the airline’s flights less than half-full. Price-sensitive travellers continue to opt for alternative routes with cheaper carriers, especially as the depreciation of sterling has made it more expensive for many people to go on holiday.

Bad weather has also played a role in the financial woes, due to large numbers of passengers receiving compensation, like when the Beast from the East struck. Last year, oil prices also increased and they have shown no signs of slowing down this year. The new EU passenger compensation rules combined with rising fuel costs have put a sizable squeeze on airline profitability.

Flybmi highlighted emissions taxes as another extra cost that has caused serious financial issues for the industry. The carbon costs for carrying out each flight have steadily risen, and many airlines may not have adequately budgeted for this.

As the no-deal Brexit fears grow amongst UK businesses, it’s no surprise that this uncertainty has been a major factor affecting the travel industry too. Brexit brings with it the potential for Europe’s open skies agreement to completely unravel. Leaving many airlines restricted from doing deals and offering services, as they face uncertainty about their freedom to fly across Europe.

Many sectors are likely to be affected by Brexit, and even major players in the travel industry, such as IAG (International Consolidated Airlines), are now facing issues. IAG owns British Airways and Iberia, but the company must now prove that it is more than 50%-owned and controlled by EU investors in order to keep its operating licence in Europe.

More airline failures are predicted to continue as the sector struggles on, with the smaller carriers being particularly vulnerable. These middleground airlines like Flybmi, which fall between the major airlines and the big low-cost carriers like Ryanair, are the ones most at risk.

At Clarke Bell, we’d always advise any business that is struggling with financial difficulties to seek professional help and expert advice as soon as possible.

By doing this early enough, cash flow problems could be rectified through some careful restructuring. If problems are particularly severe, a formal insolvency procedure might be the best course of action

Are UK travel agents in trouble?

Next Spring Statement 2019: What do small businesses need to know?