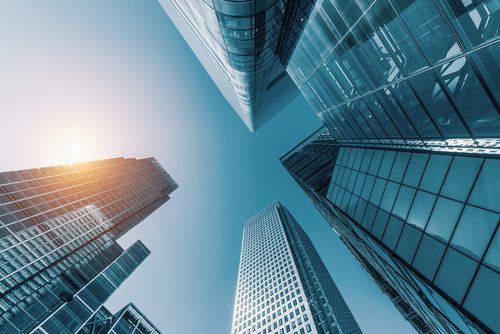 The private sector IR35 tax reforms are due to come into effect in less than 6 months. From the 6th of April 2020, many contractors will lose the right to determine their own tax status. Instead, the IR35 rollout will shift this responsibility over to the end-user, just like the legislative change did when it was applied to the public sector.

And just like the public sector – the impending changes, coupled with the risk of HMRC applying retrospective tax demands, is leaving the future widely uncertain for many contractors.

IR35 within the public sector

It was in 2015 that IR35 was deemed to be ineffective at preventing widespread non-compliance within the public sector by HMRC. April 2017 saw the rules reformed in the hopes of improving compliance.

As a result, the end-user who pays the contractor now carries the responsibility for determining the same contractor’s IR35 status. If they are deemed to be inside IR35, then the contractor will pay Income Tax and National Insurance Contributions (NICs) to HMRC.

Of course this led to a surge of contractors closing down their (solvent) limited companies. Due to the fact that it was no longer worth it for them to keep their companies working in the sector. We helped lots of public sector contractors who found themselves in this situation, through a Members’ Voluntary Liquidation (MVL), and we fully expect the same to occur when April 2020 hits.

IR35 within the private sector

Currently, contractors in the private sector determine the IR35 status of workers themselves. If they’re deemed to be inside IR35, the contractor’s limited company pays a deemed employment payment to the worker. Income Tax and Employees NICs is deducted and paid to HMRC, and any Employers NI is also paid.

As was the case with the public sector, this all changes in 2020, when any company with over 50 employees or £10.2m annual turnover will be given the responsibility of assessing the employment status of their contractors. This has already caused considerable disruption to contractors in the private sector. It’s also guaranteed that many contractors will find themselves in exactly the same position as those in the public sector. With many no longer needing their limited company, as they will be deemed to be inside IR35.

Fears have been sparked that HMRC will want to tax anyone found to be inside IR35 on a retrospective basis. An example of this is HMRC’s latest tax crackdown of 1,500 GlaxoSmithKline (GSK) contractors, all of whom received letters calling their self-employment status into question. The contractors who reclassified their engagements as inside IR35, needed to calculate their employee payroll tax and NI contributions for the 2018/19 tax year.

It’s clear that HMRC may consider any contractor who is deemed to be inside IR35 now, as evidence that they should always have been, and therefore be taxed accordingly. Any automatic retrospective tax avoidance investigations into a Personal Services Company’s history haven’t been confirmed. However, HMRC can investigate anything up to six years in an IR35 enquiry, so the door is most certainly open.

When the IR35 rollout comes around for the private sector, we fully expect to see the same increase in the desire for an MVL to close down no-longer-wanted limited companies.

It may be the case that some will be able to afford the additional tax revenue demands, but it’s likely a large number won’t have the funds readily available. It will then fall to us as professional advisors, to offer the expert support and help they need. In order to find the best and most tax- effective solutions.

A liquidator’s view on the impact of IR35 changes