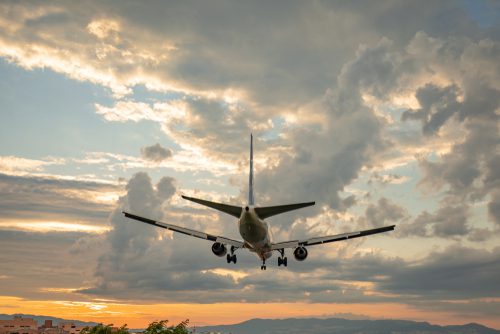 The British travel giant, which was formed back in 1841, has ceased trading after being declared financially insolvent and entering compulsory liquidation.

Last-minute rescue talks took place in an effort to save the tour operator from complete collapse, but these unfortunately failed. Resulting in around 21,000 jobs being put at risk, 9,000 of which are based in the UK.

Arguably the most iconic name in world travel seemingly collapsed into liquidation overnight, disrupting the travel plans of around 600,000 people worldwide, and leaving approximately 150,000 stranded abroad.

The travel group has blamed multiple issues for its cash flow problems, from popular holiday destinations suffering from political unrest, to last year’s prolonged heat wave and of course booking delays caused by the uncertainty of Brexit.

In August, the company did manage to secure a rescue deal of £900m, which was led by its biggest shareholder, Fosun. But this fell through as a result of banks demanding a further £200m be raised for a contingency fund. Talks with lenders to help secure additional funding failed, and therefore the rescue deal couldn’t be salvaged.

Thomas Cook had attempted to cut costs back in March, closing 21 of its outlets. However, with over 500 outlets still running, the company’s overall costs were still far greater than many online competitors. With more and more customers acting as their own travel agents online, accessing any airline seats and hotel beds etc, the travel giant simply couldn’t stay competitive.

A bailout of £250m was requested from the government, which was denied. Defending the move, Transport Secretary Grant Shapps stated:

Now, as a result of the cancelled flights, the government has had to initiate the largest repatriation effort since the Second World War. Scrambling together a rescue fleet to get holidaymakers stuck overseas, back to the UK. Virgin and easyJet are among the operators who have supplied jets for the effort, with others coming from as far afield as Malaysia.

At Clarke Bell, we always advise any business that is going through tough financial difficulties to seek out professional help and expert advice as soon as possible.

Doing so early enough can help to rectify any cash flow problems, through some careful restructuring. If problems are particularly severe, a formal insolvency procedure might be the best course of action.

Are UK travel agents in trouble?

More problems for the retail sector

Hotel Insolvencies Have Hit a 5 Year High in the UK

Next The IR35 Rollout: Public vs Private Sector