Toys R Us And Maplin To Close Down 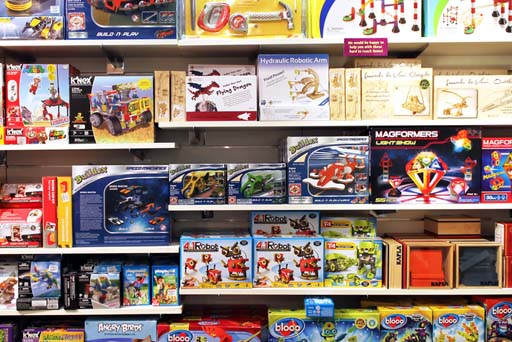 The retail giant Toys R Us, which opened its first store in the UK in 1985, has gone into administration.

And shockingly on the same day – Maplin, one of the country’s largest electronics retailers, also collapsed.

For some time the company has tried to find a way to pay off a £15m tax bill but, due to recent poor trading, it’s highly unlikely the retailer will be able to make payment. Plans to secure a buyer have fallen through, meaning potentially all of the UK stores could be closed down, putting up to 3,000 jobs at risk.

26 out of the 105 UK stores are currently set to close this Spring, with the remainder remaining open until further notice.

Last year a deal was struck with the Pension Protection Fund (PPF) to help avoid administration by providing £9.8m for the retailer’s retirement scheme. But with the deadline for payment passing on 27th February, this wasn’t enough to keep the company’s future secure.

Many have attributed the failure to adapt to changing shopping habits of consumers, as a major factor in the retailer’s downfall. With more shoppers purchasing their products from smaller interactive sellers online, the older warehouse-style stores have struggled.

Following the negative news from Toys R Us, Maplin also announced that they had now entered administration.

It’s understood that rescue talks with a potential buyer had broken down, and while the company will apparently continue to trade through the process, administration was officially declared the retailer’s only option.

Maplin employs more than 2,300 staff and operates over 200 stores in the UK – but after dealing with numerous post-Brexit financial issues, including the withdrawal of credit insurance, it’s looking unlikely that the business will recover.

Again, the situation is being attributed to weak consumer confidence, higher inflation, and tough competition from online chains.

Toys R Us has already been dealing with problems from its toy suppliers. Late last year a handful of the company’s major suppliers cut off the chain, amidst financial fears from its American parent company – with some pulling their supplies before the crucial Christmas trading period due to their growing concerns.

Likewise, Maplin’s suppliers will soon be feeling the effect of this fallout. Similarly, they had to reassure their suppliers in the run up to the holiday season, due to major credit insurers cutting their exposure.

Many suppliers and businesses throughout the UK could find themselves with serious financial problems as a result of the closure of these big companies. As Insolvency Practitioners, we help a lot of company owners to deal with the resulting cash flow difficulties they find themselves with.”

If you are concerned with how your company will cope now, contact Clarke Bell on 0161 907 4044 or [email protected]

Whatever your particular problem – we will give you tailored, free advice on how you can best deal with your situation.

House of Fraser Has a Buyer

Next Why are so many restaurants closing down?