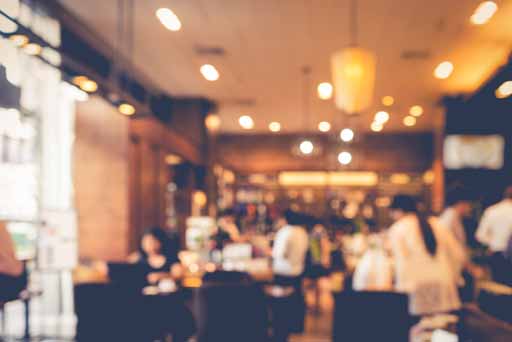 The whole of the UK restaurant sector is continuing to suffer through uncertain times, as many big name chains face multiple closures. A steady string of struggling eateries are being caught up in the midst of a casual dining crisis, which has emerged over the last few years.

In January, Jamie Oliver was forced to close 6 of his Italian restaurants in the UK, with the Restaurant Group then announcing a further 12 would be shut down later that same month. Shares in the Restaurant Group, which owns many popular chains like Frankie & Benny’s, have fallen by almost a third in the last year alone.
Many big names have joined the lengthening list of restaurants under pressure – including Italian chain Carluccio’s, which has reportedly been forced to bring in financial advisors, due to rising costs and fierce competition. The Italian restaurant had previously seen its pre-tax profits plummet in 2016, from £5.2m to £982k.

Burger chain Byron may see a number of its outlets bite the dust, following a large scale restructure deal with creditors, which could result in the closer of up to 20 restaurants. Also, the popular Italian chain Prezzo, is set to close 94 of its outlets.

What is driving these struggles?

A whole ream of reasons have been put forward as contributing factors for these recent troubling times. Everything from lifestyle changes, to rising costs and over-saturation of the market, is being mentioned:

Business budgets are getting throttled due to factors like, the pressure to implement the National Living Wage, the apprenticeship levy and the increasing cost of ingredients.

A lot of the raw ingredients for UK restaurants are imported and, after the decision to leave the EU, many ingredients from countries like Italy have become more expensive, following the fall in value of the pound.

Consumer confidence has also continued to waiver in the current political climate, with post-Brexit blues putting a sizable squeeze on public spending.

Due to the current over-saturation of restaurants, there’s now more choice for consumers than ever before when it comes to the eat-out market. This is resulting in very little loyalty to any particular eatery.

The ever-increasing amount of restaurants opening across the UK, is causing extremely stiff competition between chains. Pressures to compete with rival chains and smaller pop-up restaurants on the over-crowded high streets, are resulting in many groups registering losses.

Keeping up with lifestyle trends

Experiential dining, healthy eating and sustainable food sourcing are all factors driving the latest consumer trends – and all are putting pressure on restaurants.

With consumer spending dropping, and diners getting bored of menus more quickly – any restaurant groups that fail to keep up with current trends, can face disastrous consequences.

Plus the growth of the food delivery market, from firms such as Just Eat and Deliveroo, is adding to the pressures – as restaurants are charged higher commissions for delivery and need to increase staff to fulfil more takeaway orders.

How we can help you

If your business is amongst those facing uncertainty, cashflow problems and maybe even potential liquidation, then it is crucial that you get the right advice now.

At Clarke Bell, our experts specialise in helping companies through the liquidation process – making it as simple as possible.

And we can offer free advice on a Creditors’ Voluntary Liquidation (CVL) – which could be the solution you need to help you get control back, when you need it the most.

Why are so many restaurants struggling?

The outlook for restaurants in 2017

Previous Toys R Us And Maplin To Close Down

Next How to remove a CCJ from a company