Why Are So Many Retailers Opting For CVAs? 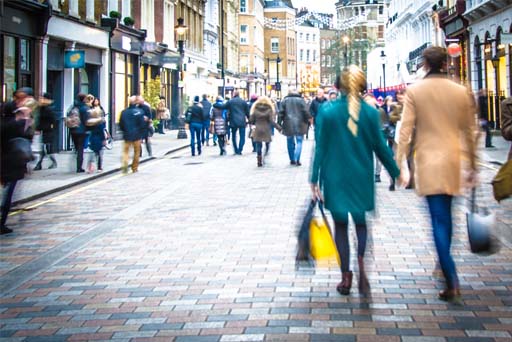 With an increasing number of high profile retailers – from Mothercare to New Look – announcing that they are facing financial difficulties, CVAs have been a hot topic of discussion in the news recently.

But why are so many retailers turning to CVAs over other types of insolvency solution?

CVA stands for Company Voluntary Arrangement. It’s a formal restructuring programme that enables a company in financial difficulties to close unprofitable elements of the business and cut costs.

In order to enter a CVA, a proposal must be drawn up by a Licensed Insolvency Practitioner.

If a company is having financial difficulties but it also has the potential for a viable future, a CVA may be the most appropriate route.

Why are CVAs so common amongst high street retailers?

When a retailer is faced with financial problems and it is unable to pay its creditors the money that is due, there are usually two key options. The first involves entering administration and the second involves entering into a CVA.

The latter tends to be the most favourable option amongst shareholders, management, suppliers, employees and landlords.

Recently there have been numerous high profile examples of retailers entering CVAs in a bid to save the business from financial destruction.

It’s a particularly popular option amongst businesses that trade from multiple locations as it allows an element of flexibility when it comes to negotiating the terms. In most cases, the business will be able to negotiate property lease agreements. Leases can often be lengthy and expensive, but with the help of a CVA, there may be the option to reduce the cost or potentially terminate the lease completely to save money.

What does a retailer need for a CVA to be successful?

For a CVA to be successful, the retailer in question needs to have extra capital to fund the operational changes in order to return the business to profit.

It also needs to have an experienced and talented management team with the ability to restructure a failing business. This is often hard to achieve because often businesses see their most talented members of staff leaving the company at the first sign of financial difficulties. Replacing these people can be challenging considering how few people want to take the risk of working at a struggling company.

There have been cases where a CVA is ineffective in saving a business because the problems that caused the financial difficulties in the first place are repeated once money has been raised in an attempt to save it.

Is a CVA right for you?

Although a CVA can help you to save money and avoid complete business failure, there’s no guarantee that you’ll be able to turn things around and get the business back on track. There have been companies in the news recently that have opted for this type of agreement only to later enter administration due to continued discrepancies in their finances.

If you’re contemplating a CVA, please get in touch with the team at Clarke Bell.

We can help you determine whether a Company Voluntary Arrangement is the best option for you before guiding you through the process.

What happens if a CVA is rejected?

Next Almost 200,000 Businesses Are Facing Court Due To Business Rates. We can help.