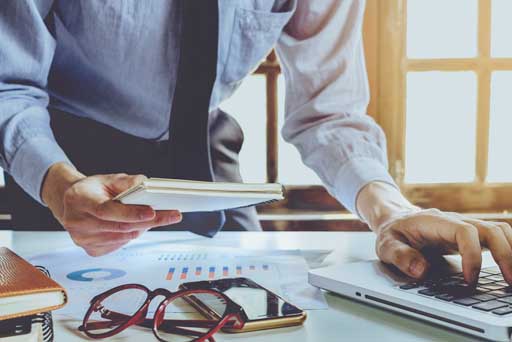 Chancellor Hammond’s Spring Statement earlier this month was essentially a recap on the economic forecast. It contained updates on public finance predictions and signposted what is to come in the Autumn Budget later in the year.

It did, however, include a few key points of interest to business owners…

The next business rates revaluation will be brought forward to 2021, instead of 2022 as per last autumn’s Budget when it was announced that rates valuations would take place every three years instead of every five – to better reflect current property prices.

This was brought forward so businesses could benefit from the changes sooner, and could help encourage growth ambitions amongst many small and medium-sized enterprises.

The Chancellor confirmed that the government is fully aware of the difficulties small businesses are facing when it comes to hiring new apprentices through the current system.

The apprenticeship levy aims to provide 3 million apprenticeship starts by 2020. To help further support small businesses it was announced that up to £80m in funding will be released.

Any companies that are actively recruiting and training staff will no doubt welcome this. It could be critical to advancing skills and helping businesses fund loyal and long-term staff.

The government is seeking to implement changes to how multi-national digital businesses pay tax, and to how digital payments are supported. Tax paid by these digital companies on their profits is not always reflective of their contributions to the overall economy. In response to this, the Chancellor confirmed that there could be some changes to the tax system.

These days many more people opt to shop, save and sell online. As a result, plans are being made for businesses that make and take payments digitally to receive further support, along with help for anyone who chooses to still pay with cash.

The Chancellor announced that a cash and digital payments review has been launched in regards to this, and that it also aims to crackdown on those businesses evading tax and involved in money-laundering.

The review could be greatly beneficial as many businesses have been slow to keep up with the changing payment practices.

Over £95m to help digital infrastructure

Last year’s Autumn Budget announced a £190m challenge fund to aid digital infrastructure and growth. This year’s Spring Statement revealed that over £95m from the fund has already been allocated to 13 UK areas – where full-fibre broadband is being rolled out to provide faster and more secure internet connections for businesses.

This investment in high street broadband will benefit the overall efficiency and productivity of many businesses, utilising technology to easily enable remote office and home working.

The negative impact late payments are having on small and start-up businesses was another key point of the Chancellor’s announcements – with the Chancellor saying the government would be taking steps to eliminate them.

There was a call for businesses to help the government understand how best it can stem the tide of late payments. However, no solid evidence has been presented on how the government will actually tackle the problems.

Many small and medium sized businesses suffer as a result of late payments. Their problems can include cashflow issues and reduced productivity due to time spent chasing unpaid invoices. Some companies are never able to recover from these problems.

If you’re having cashflow problems, contact Clarke Bell on 0161 907 4044 or [email protected] for your free advice.

What Could the Autumn Statement Mean For Your Business?

Previous Did Your Company Enter a Tax Avoidance Scheme?

Next I’m retiring and want to close my company